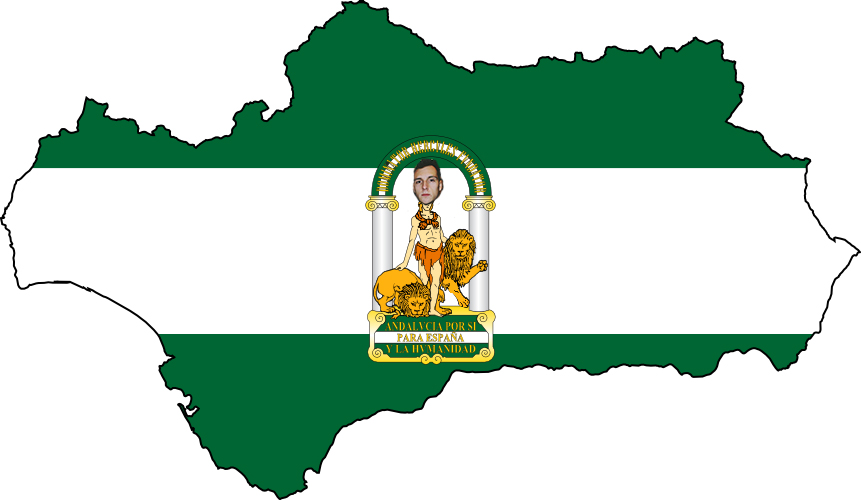 “You’re going to Seville?” People would ask me. “You won’t be able to understand them.” They told me. And, five months later, they’re mostly right. The andaluz dialect is certainly a challenge, but that is why I came to Seville after all. Linguists debate on whether andaluz constitutes a genuine dialect of Spanish or just conventions born out of misuse and laziness. Now that I’ve experienced the dialect in a real sense rather than just by watching Allí Abajo, here is the Guiri in Sevilla’s guide to the Andaluz dialect.

Se comen las palabras. This is completely true. Spanish has a machine-gun like rhythm as it is, and it often feels like the Andalusians are saying enough for three encyclopedias within a single sentence. But fear not, the linguistic variation can be broken down.

For example, in andaluz, the letter s in word final positions is often dropped, meaning that it can be hard to distinguish whether they’re using the tú form or the yo, él, ella or usted form, and also whether something is singular or plural. And while anywhere north of Córdoba the letter s is pronounced the same as it is in English and c and z are pronounced like the th in thing (/θ/), you’ll hear them merged in different ways all over the province of Andalusia. This is referred to as seseo and ceceo. Seseo speakers pronounce all three letters as /s/, and ceceo speakers as /θ/.

The map shows you just how odd the distribution is. Cities like Seville and Cadiz are “seseante” yet totally surrounded by “ceceante” areas. My first introduction to this phenomenon was the character of Don Benito Benjumea in Allí Abajo, portrayed by the brilliant Mariano Peña. He humorously interchanges the /s/ and /θ/  phonemes, almost making fun of the dialect.

Along with dropping the s, the letter d tends to get the boot too. In words like comprado, hablado, estado… you’ll rarely hear an andaluz pronounce the d. This results in you hearing comprao, hablao, estao. Along with the omission of s, you get sentences like Hay gente por to’o lo’ la’o’. (Hay gente por todos los lados.) The mass emigration from Andalusia to the Americas is one of the reasons Latin American speakers of Spanish use seseo and prefer to say ustedes rather than vosotros.

The other main habit is that the andaluces seem to pronounce l like r or just remove r altogether in word-final positions and between vowels. You’ll hear the famous Andalusian mi arma among vecinas of the province. This is their pronunciation of mi alma, literally my soul, a loving way to refer to someone. As it is, it sounds like they’re saying my weapon, which is really the whole joke.

Got all that? Try this!

Now you’re ready for some humourous Andalusian quips and sayings, which I took from the hilarious Twitter account Spanish For Guiris (@EGuiris).

Trabaja menoh que er que dobla a Jarpo Má: He is very lazy. (Harpo Marx is a silent character, so the guy that has to dub him in Spanish versions wouldn’t have much work at all. Literally He works less than the guy that dubs Harpo Marx.)

Tiene máh cuerno que er coto de Doñana: Her boyfriend is enjoying an Eramus grant. (This one needs a lot more explanation! In Spanish the equivalent expression for “to cheat on someone” is “poner los cuernos a alguien”, something like “to put the horns on someone”. Doñana is a National Park in Andalusia that is home to a lot of famous Spanish bulls, so this phrase is insinuating that the poor girl’s boyfriend is having rather too much fun with the local ladies. Literally He has more horns than Doñana National Park.)

Hopefully this guide will help you out if you ever visit Andalusia. And you really should, because it’s beautiful!