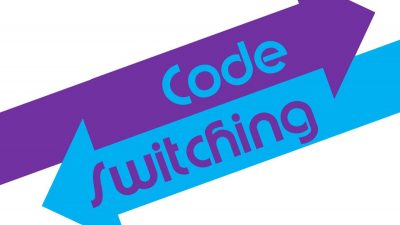 If you’re bilingual or multi-lingual, you’ve probably been in a situation where you have to quickly switch between two or more languages during one conversation.  This linguistic phenomenon is called code-switching, and it has a huge effect on the lives of multilinguals.

What are some of the reasons people code-switch?

Code-switching is very common among bilingual children who grow up with two languages from birth. Imagine a Russian family who moves to Spain and whose children are born there. They would grow up speaking Russian at home but Spanish in the classroom and with their friends. Sometimes the main language (in linguistics referred to as the matrix language) is rejected or frowned upon, and the second language (the embedded language) is used for status purposes, to fit in with a new environment. One father attempted to raise his son with Klingon as his first language. (The language of the humanoid warrior aliens of Star Trek) However, upon learning English the boy rejected it, responding in English to questions his father asked in Klingon. Children are often embarrassed to speak their parents’ language for fear of being seen as different.

Code-switching occurs in day to day life, whether you’ve mastered another language or not. I’ve noticed that a lot of Spanish people frequently throw English words into their vocabulary to seem fashionable or trendy. Many people will use okay instead of the Spanish vale for no apparent reason. This goes beyond borrowings, words that have entered into languages from others and that are now widely accepted. These include words like déjà vu and rendezvous in English, obviously of French origin. Something much more linguistically interesting is afoot.

Why do people mix in English with their native language?

English is the language of the Internet, of Hollywood of the music industry. Everywhere you go you’ll see English slogans, shop signs, billboards, from Malaysia to Iraq. If you can speak English, you become so much more valuable to employers. It seems to be the skill that everyone wants if they weren’t born with it. English has become the lingua franca of the world, whether the majority of its speakers can hold a conversation with a native or not.

Perhaps, then, this is why you see more and more people code-switching. Young people with ambition see the big world out there beyond their village, and the people there speak English. In an attempt to break out of the old-fashioned ways of their home, English words become blended in to the matrix language, inspired by the famous refrains of pop songs or quotes from blockbuster films. 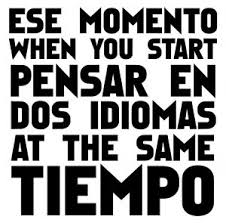 Code-switching in the office

I’ve experienced code-switching a lot while working in a multi-lingual office. I work with two colleagues day to day: Aoife, who’s Scottish but who is fluent in Spanish like me, and Manu, a native Andalusian who will be the first to admit that his English is not the best. When talking about things involved with translation or small inconsequential things Aoife and I speak to each other in English because it’s much easier, but if we want Manu to hear what we’re saying or to have a conversation between all three of us, we use Spanish. We can also use English as a sort of code language if we want to say something we don’t want him to hear! This has allowed me to switch freely between English and Spanish without even thinking, which helps me master Spanish even more.

It could be argued that code-switching can also occur within the same language, but involving register. Would you dare talk to your boss in the same way you would talk to your friends on a night out? Of course not. We speak in different ways and use different terminology depending on who we’re talking to.

Have you ever experienced code-switching? Perhaps your contact with other languages is more common than you think it is. Thanks for reading my blog once again and stay tuned for the next one. 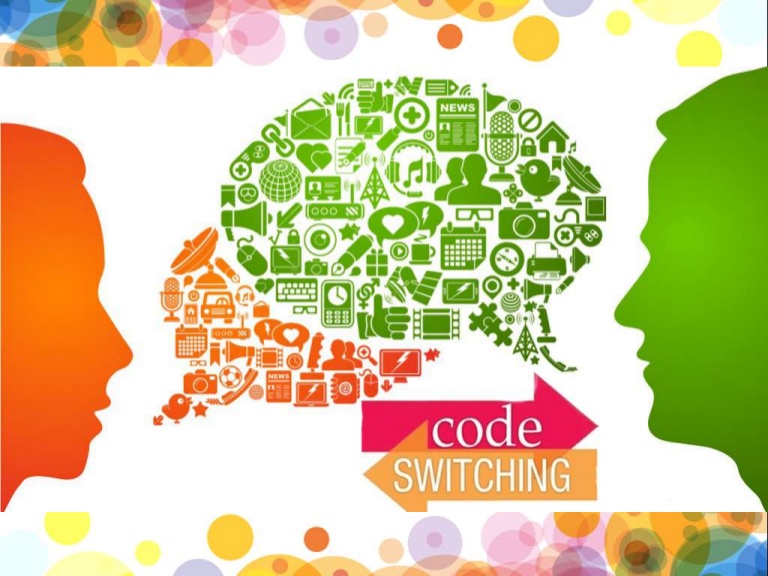