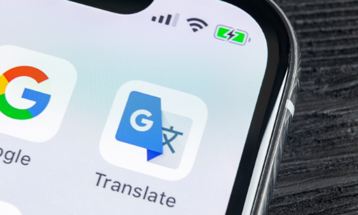 When many of us think of translation, the first thing that comes to mind is most likely a free online machine translator such as the one designed by Google or Bing. We often associate these with humorous grammatical errors or incorrect word choices that would lead to hilarious misunderstandings if used in the real world. With these thoughts at the forefront of our minds, it is hard to imagine that this technology will ever replace human translators but with all the other advancements happening today, is it a genuine possibility?

Already, we have seen the emergence and internet popularity of coffee kiosks run by robot arms, realistic virtual models and test runs for self-driving cars with the driver asleep at the wheel. These could all lead to a shift in our everyday lives and the amount we interact with technology on a  daily basis.

However, these feel a far cry from teaching a machine not only how to accurately use one language but multiple and to translate between them. Unlike making a cup of coffee, it is impossible to write down every single rule a language has and have a machine learn it. There are words with multiple meanings and complex grammatical structures as well as the non-lexical elements that impact the way we write or speak; how formal is the situation? Who is the text aimed at? What is its purpose?

So how are people trying to ‘teach’ machines to translate?

Interestingly enough, it did start with creating a database of rules for the machine translator to follow. This was known as Rule-Based Machine Translation (RBMT). While an interesting concept, it demands a considerable amount of time to create and fine tune. In fact, even with a comprehensive rule book, it still requires extensive proof-reading by a qualified translator. 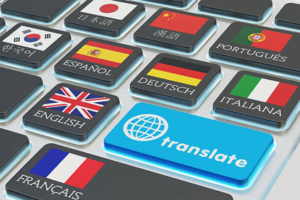 The next, and probably best known, form of translating is Statistical Machine Translation (SMT). Here, the machine translator is given huge amounts of bilingual data and monolingual texts to compare it to. With this information, the machine makes an educated guess at what the best choice of word for a translation is based on the frequency of the phrase’s appearance in its database. This system is what Google Translate and many others used initially and is successful for basic translations. However, SMT is incapable of considering context when translating and struggles with fluency in more descriptive texts. Again, this will need human monitoring.

Finally, the most recent and arguably most successful form is known as Neural Machine Translation (NMT).  Ideas of this kind first surfaced in 2014, with Google now a major player in the industry. A much more complex system, NMT uses neural network models based on the human brain for the machine to create its own statistical models similar to SMT. However, the difference here is that the machine is capable of taking the text as a whole rather than breaking it down word for word, creating impressively fluent and accurate translations.

So, does that mean the end of human translators?

The short answer is no, not for a while. Though NMT is a step towards this potentiality, it still cannot act as a standalone, especially regarding anything more complicated than very basic translation. This means that machines are not capable of processing more complex texts involved in scientific, financial or even sworn translation unless they are heavily edited after; an added expense and arguably a waste of time when a more accurate, human translator is available. However, here at CBLingua it’s not just for this reason that we employ human translators, but also the belief that language requires a personal touch. Language is the way we communicate, how we present ourselves and how we interact with the world. Consequently, everyone has their own desired outcome, their own deadline and their own requirements for a translation that only the flexibility and understanding of human translators can understand and carry out.

Essentially, while technology is advancing, it feels unlikely that machines will replace humans in this field. It appears, at this time, impossible to teach a machine to have as good of a grasp of any language, let alone of truly understanding and accurately translating it, as a trained human translator.

This website uses cookies to improve your experience while you navigate through the website. Out of these, the cookies that are categorized as necessary are stored on your browser as they are essential for the working of basic functionalities of the website. We also use third-party cookies that help us analyze and understand how you use this website. These cookies will be stored in your browser only with your consent. You also have the option to opt-out of these cookies. But opting out of some of these cookies may affect your browsing experience.
Necessary Always Enabled