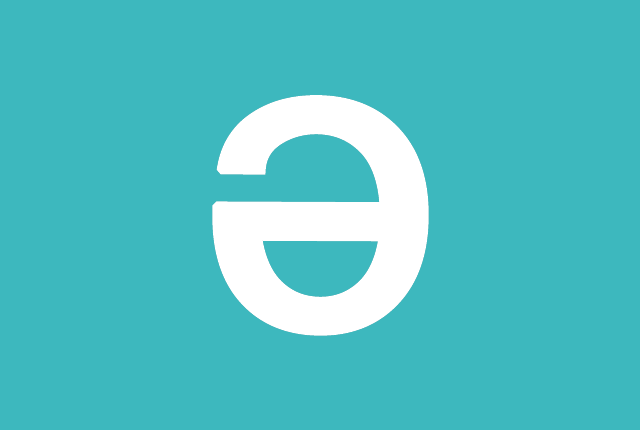 Answer to the riddle

(Before I start this entry, the answer to the riddle from last time is: The doctor is the boy’s MOTHER. Perhaps your brain automatically assumed the doctor was a man? The word has masculine connotations but the gender was never specified. In Romance languages this is even more prevalent – the word for “doctor” is represented as a masculine word. (le médecin, el médico, il dottore, o médico)

The Schwa (ə) and the key to English pronunciation

Today I want to talk a little more about linguistics, and more specifically phonetics. To me, learning about how we make sounds is really interesting. The position of our tongues in our mouths as well as all kinds of other factors determine how we express ourselves, and these vary in different languages and in turn different dialects of different languages. Humans make all kinds of sounds to communicate, but I want to focus on just one of them here.

Meet the schwa, otherwise represented in the International Phonetic Alphabet as ə. You may have never heard of the schwa before, but you hear it all the time. It’s that neutral unstressed vowel sound found all over the place in English. In fact, it’s the most common phoneme in the entre English language. As you can see from this chart, almost 12% of all sounds are the schwa. 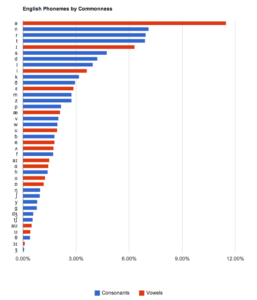 An interesting thing about the schwa is that it’s never represented by just one vowel sound. It can replace all the five English vowels.

Not only that, but it can replace y and vowel combinations too, such as in martyr and mountain. The schwa can even stand for nothing at all, in words like rhythm.

Through living here in Spain and speaking Spanish every day, everyday phonetics is different for all sorts of reasons, but one of the most prevalent to me is the vowels. English has over 20 different vowel sounds whereas Spanish has only 5. This makes Spanish spectacularly easy to pronounce but also less versatile. Spanish is a syllable-timed language. Every syllable is roughly the same length, which is why people often refer to it as having a “machine gun” like rhythm. However English is stress-timed, meaning English rhythm in speech is determined by where stress falls and not syllable length.

How to improve your English pronunciation

So why is the schwa so important? Well, many people who learn English as a second language find English pronunciation impossible to master, and I can see their trouble. After all, in what kind of language do the words though, rough, cough, through, bough and thorough all end in different vowel sounds despite ending in the same four letters? (The last one is a schwa, by the way) This seems to be a universal struggle, as it is often clear after just a sentence or two whether someone is a native speaker or not.

However, in my mind, English pronunciation doesn’t have to be such a headache, and the key is the schwa. Because of its relative scarcity in other languages, most foreigners never use the schwa when speaking English, and they’re missing a key trick. Spanish speakers in particular will stick rigidly to the five vowels they’ve been speaking since birth, and as such their English will often sound hopelessly restricted. After all, Spanish is spoken exactly how it is written, and you only need those five vowels to cover every word.

If English is not your first language and you struggle with pronunciation, try observing the stress patterns of English words and sentences. If a word is stressed on one syllable, it’s likely that the unstressed ones are schwas, as well as the joining words in between like at, to, the, a and an. Mastering the schwa could be the key to a more authentic and refined pronunciation of your English. Thanks for reading!