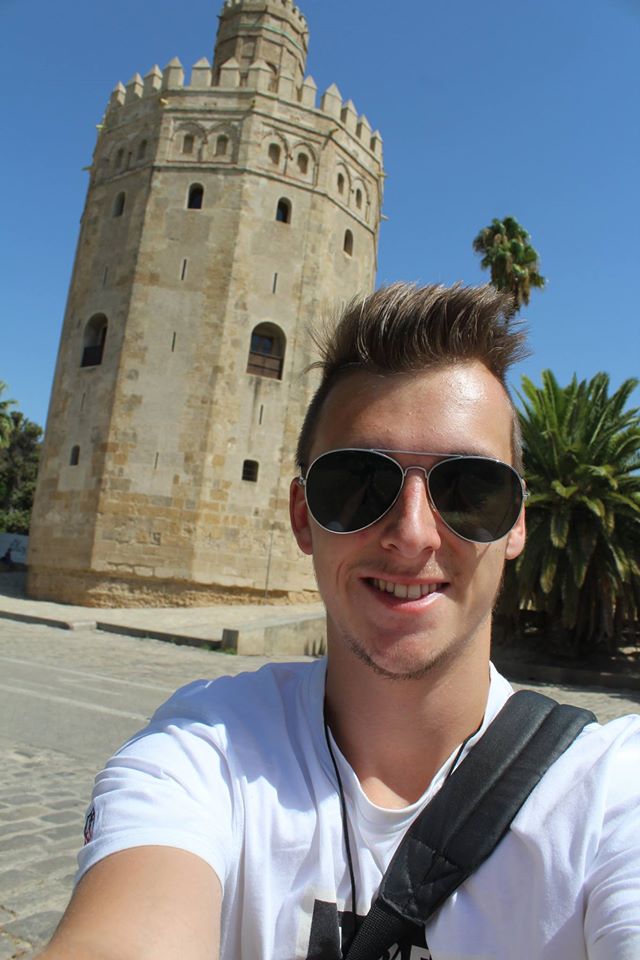 Welcome to my blog, A Guiri in Sevilla. I hope you come back to read more and that you enjoy it!

In this first entry I’ll introduce myself so you can get to know me a little.

My name is Rich. I’m from Birmingham, England, I’m in my third year at the University of Nottingham studying French and Hispanic Studies and I’m a translation intern here at CBLingua. The third year of any undergraduate languages degree in the UK is spent abroad. This is in order to immerse yourself in the culture of the country whose language you’re studying. Since I study two languages, I split the year into two periods of six months. During my time here in Sevilla I’m working from September to February. In March I’ll head to Paris to work for another six months until September.

Languages have been my passion since I started high school. I can remember a lightbulb switching on in my brain during my first ever French class, and I knew from that moment on that I’d found my calling. Since then I’ve acquired a C1 competency in both French and Spanish as well as an adequate knowledge of Portuguese. Recently I’ve started to centre in on translation as my speciality within languages. It’s a discipline that has interested me for a long time as it’s so diverse and varied. The way we communicate when we don’t speak the same language isn’t a simple science, always open to interpretation and new ideas. Working in a leading translation company has enabled me to put a lot of the skills I’ve been learning into practice in a legal setting, and I’m really enjoying the experience.

What is a Guiri?

The name of my blog may be confusing to non-Spanish speakers. The word guiri refers to a foreigner, and it’s sometimes used pejoratively to refer to expatriate Brits who live in Spain but who can’t speak a word of Spanish and who still have dinner at 6 o’clock. My Spanish friends always called me guiri, but it’s not derogatory or offensive to me in the slightest, more of an ironic nod to the fact that I’m so unlike the stereotypical Brit in Spain, and so I use the term with pride.