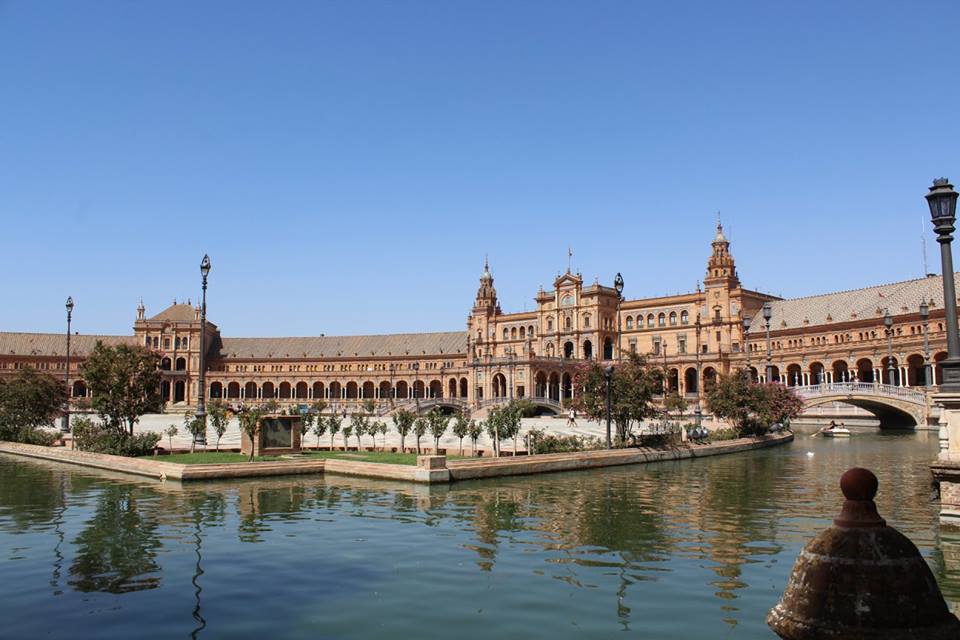 I could have chosen any city of any Spanish-speaking country for the first six months of my Year Abroad, so why Sevilla?

Sevilla was a natural choice for my Year Abroad destination. I had my heart set on Spain, as I’m fascinated by its culture (its food especially!) and an Erasmus grant is important for extra income. At first I considered Madrid, as I’ve already visited and have many friends there. However I was looking for a new challenge and I had never visited Andalucía before. Getting the offer to work at CBLingua sealed the deal!

Sevilla is famous for its stunning architecture inspired by Arabic tradition, (from 712 until its reconquest by the Christians in 1248, Sevilla was ruled as part of a Muslim caliphate) its harsh summer, its friendly people and its strong Andalusian tradition, which includes flamenco music, bullfighting and its dialect; distinctive and famously hard to understand. A lot of people tell me that I’ve chosen the worst place to learn Spanish, but conversely it was one of the reasons that drew me to this great city. My reasoning was that if I could understand los sevillanos, I could understand anyone!

Sevilla has a special colour?

Sevilla is quite possibly the most beautiful city I have ever visited. Though the heat in late August and all the way up to the middle of October is punishing with temperatures of upwards of 40°C, it doesn’t spoil the city’s unrivalled splendour. The Plaza de España is one of the highlights, a magnificent square within the equally stunning Parque de María Luisa. Along the tiled walls there are murals depicting all fifty provinces of Spain. You often see people who have come to Sevilla from all over the country taking photos with their province. 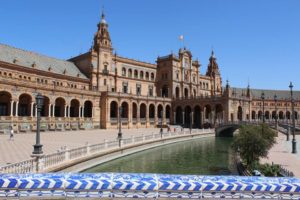 It’s impossible not to mention Sevilla’s cathedral. Walking along the Avenida de la Constitución, it imperiously towers above into the sky. It’s the largest cathedral in the world; the only two churches that are bigger are not the seats of bishops. I remember the moment I saw it for the first time, walking through the traditional narrow streets then stepping out into a square on its eastern side. It’s genuinely breathtaking if only for its sheer size. Its bell tower, La Giralda, stands 104 metres tall and is an attraction in itself. It was originally built as a minaret during the Moorish period, with a Renaissance style top added by the Spanish. If you’re ever in Sevilla, it’s a must-see as it has served as an important symbol of the city for hundreds of years. 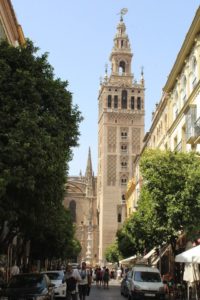 There is so much more to talk about that sets Sevilla apart but I’ll save it for a future entry. ¡Hasta pronto!