Tutoring is a common way for students on their year abroad to make a little extra money. Not only is it a good idea from a financial standpoint, it also makes sense from an immersion perspective. I hope that in sharing my perspective of giving classes in English, future year abroad students will be encouraged to try it out.

At first I was apprehensive about the idea; I had plenty of unanswered questions as I had never tutored before even in England. However looking back I wish I had known that it’s really not as daunting or scary as it appears. I wasn’t sure if anyone was going to want me to tutor them or their kids as I don’t have any official training in teaching English as a second language. You normally need to complete a course that gives you the necessary certificate. However here in Spain, English is such an important language that this turned out to be a naïve assumption. Everywhere you look there are advertisements for English courses, schools and tutors. In addition, as a native speaker of English I had an enormous advantage. Parents want their kids to learn from a trustworthy source, so it was much easier to find clients than I expected.

I had prepared a paper advertisement that I was going to put up around the city, but I quickly realised after publishing an advert on milanuncios, the Spanish equivalent of Craigslist, that I didn’t even need it. The ad got hundreds of views. As of right now I only have one client, and I tutor her kids for three hours a week, an hour and a half each on Mondays and Thursdays, which is manageable around my work.

I alternate between tutoring an 8 year old girl and a 6 year old boy. At times it can be hard to get them to focus as they’re young and playful, but when they concentrate they’re enthusiastic. They really want to learn English and practice it, even if they struggle with pronunciation and spelling. Their knowledge of vocabulary and grammar impresses me for such young kids. It always surprises me that they can understand the majority of what I’m saying and formulate their own basic sentences at such a young age, and it proves just how much we need to learn languages younger back home. Sometimes their syllabus at school confuses me because of its complexity; 8 year old Sara has to study her science classes entirely in English, and her textbook mentions that animals can be either oviparous or viviparous (which means they either lay eggs or give birth to their own young if you didn’t know, because I didn’t!).

If you have any questions about what it’s like to be a tutor, I’d love to answer them. I think everyone should give it a go because not only can you earn a little extra cash that could go towards a travel break, but you get to know a lot more about the country you’re in and you get valuable experience for the future. 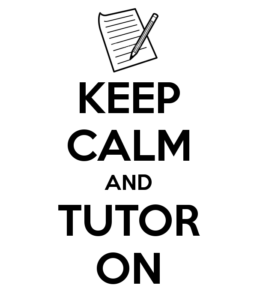