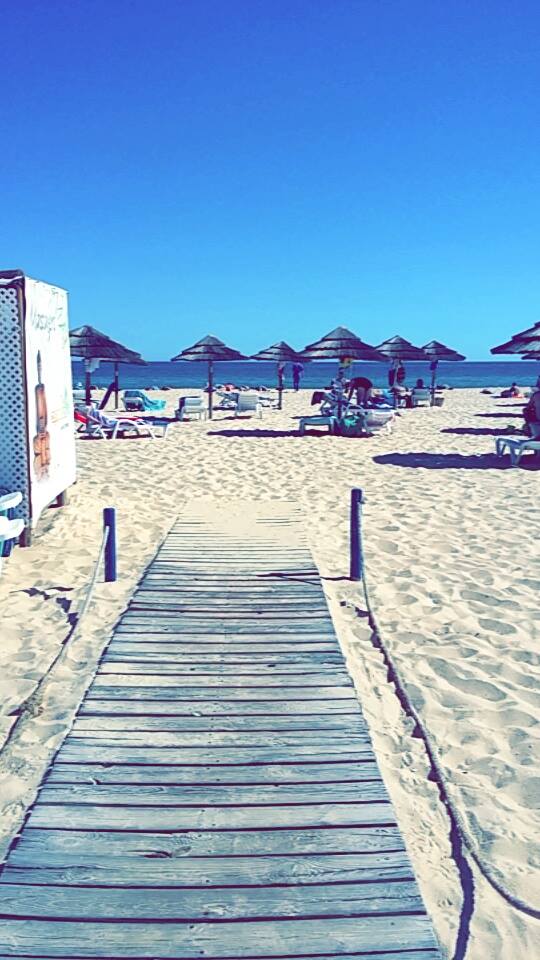 One of the great things about doing a Year Abroad is the travel opportunities that come up. Travelling has always been one of my favourite things to do. Discovering new places, meeting new people and experiencing different ways of life enriches and changes your own for the better. Spending five months on a student exchange in Sydney, Australia this year gave me the opportunity to travel to places I only dreamed about when I was younger. My sense of wanderlust is so strong that I can no longer imagine living in my home country for any extended period of time, a scary but an exciting thought.

The Erasmus Student Network organises activities and trips so there’s always something to do when you’re studying or working on the continent. One such trip caught my interest, a day at the beach in the beautiful Algarve on the island of Tavira in Portugal. I had never been to Portugal before and I never pass up the opportunity to visit a new country! Luckily the idea also interested my flatmates as well as a few other friends, so we were all set.

At the University of Nottingham it’s compulsory to study beginner’s Portuguese as part of the Hispanic Studies side of your degree. I was quite apprehensive of this idea at first but quickly warmed to it. There are over 200 million native speakers of Portuguese worldwide, of which just under 11 million actually live in Portugal. As a Romance language it shares many lexical and syntactic similarities with its sister languages French and Spanish. Having a strong foundation of these two Romance languages already, it was very easy to pick up Portuguese. It turned out that embarking on my Year Abroad meant I had to stop studying it as I didn’t have time to go to a Lusophone country on top of France and Spain, so this seemed like a perfect opportunity to practice.

The island of Tavira is just off the southern coast of Portugal; you have to board a ferry to get there. Unfortunately there weren’t too many locals to converse with so we mainly spent the time relaxing on the beach. However when we went to get some lunch I did manage to speak with a waiter in his native tongue. This understandably left him rather surprised that I was able to hold a conversation. In all honesty, the fact that I managed to remember so much surprised me equally. Going forward I fully intend to keep studying Portuguese even if it’s not at university.

I really recommend the ESN trip to Tavira if you come to study or work in Sevilla. The Algarve is a stunning place; I can see why so many of my countrymen and women go on holiday there every year. I will definitely be back sooner rather than later if I can.

Thanks for reading, stay tuned for the next entry! 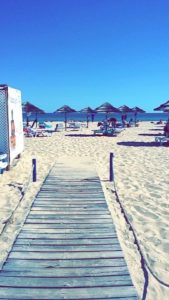